youbaby Skin Spa is the first medical spa to have this therapy anywhere in Colorado! 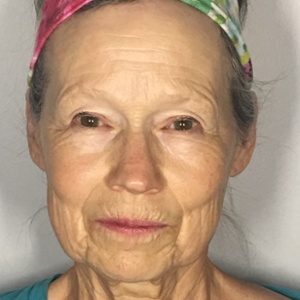 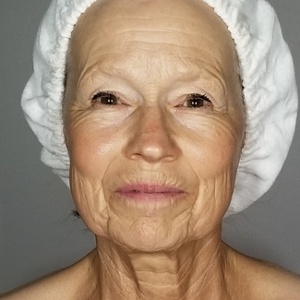 HERE'S HOW IT WORKS

WHY THIS IS IMPORTANT

Skin damage due to light exposure and aging results in the thinning of the dermis and epidermis, changes in skin texture, acne scars, wrinkles, and vascular and pigmentation changes. Symptoms of aging and photodamage, such as wrinkles and skin laxity, are associated with reduced collagen and elastin levels in the dermis. Ablative lasers, such as carbon dioxide lasers, have been used on the skin for a long time. They produce thermal damage to both the epidermis and dermis. The damage to the epidermis allows thermolysis of the deeper layers of the dermis and results in the production of collagen and elastin. These ablative laser treatments, however, have a long social downtime and are associated with the risk of hyperpigmentation and infections. Ablative fractional resurfacing can decrease downtime and complications, however, the need for multi-pass treatment may result in increased downtime.

As with any type of treatment that creates a micro-injury to the skin's epidermis or dermis, it takes a few weeks to months to see the long term effects. However, there are noticeable changes in the skin's tone, texture and overall quality almost immediately following a laser treatment. Yet, it's not until the weeks and months following the treatments that you see the biggest overall change. While subtle, there's no denying that something has improved. Softening of deep wrinkles, brighter color tone, smoother texture, and a radiant glow.

What's remarkable about the PICO Genesis FX therapy is that the results are long-lasting, and the remodeling effects continue to generate healthy new skin tissue at the cellular level.

Great experience! I love waking up and having eyebrows, instead of having to put makeup on in the morning. Thanks, Susan! Beautiful job, great color, so natural and normal and pretty. I feel great.

I wouldn't trust my skin care to anyone else. Treatments are non-invasive, practical and reasonably priced.

The best place to get your tattoos removed. Love these women.

Susan is the best. I was very hesitant to have done on my brows. I am so glad that I did. My eyebrows were so light and thin. She did a phenomenal job. Now, I have eyebrows and it is wonderful. I have to admit I was nervous at first, but she put me at ease immediately. She also lined the bottom of my lids. It is great to get up in the morning and not have to use eyeliner. She is the ultimate professional and a perfectionist.

Susan and Nina are a great team and provide a wonderful spa experience. Susan has wealth of knowledge about skin care, permanent makeup tattoo removal. I am forever grateful that she was able to remove a botched set of permanent eyebrows. She replaced them, and my brows now have a natural silhouette and color.

Susan Melching is such a nice person and so helpful throughout the procedure. It's a very professional atmosphere without being sterile. I would recommend YouBaby Spa to anyone for permanent makeup. Nina and Susan are both great!

The environment was beautiful. Susan was professional, kind, gentle and fantastic at explaining what she was doing. She described the treatment clearly and asked all the right questions to help make the experience comfortable. I am so thankful I found youbaby.

Nina is an excellent practitioner. This is an effective treatment.

Love the way it looks!!! Susan does a meticulously beautiful job.

Today Susan refreshed my eyeliner and it looks absolutely perfect. I highly recommend Susan. She is kind, friendly as well as very professional.

Susan is the best. She is great to work with.

Nina is friendly, competent and professional. It's a pleasure to receive care from Nina.

Susan is the BEST! She has years of experience and does a fantastic job, I’ve had eyebrows, eye liner and lips done! Highly recommend her and youbaby !

I now have Fabulous eyebrows!

I love Susan! And her sense of humor! She has given me eyebrows again! A great job for which I am so grateful! I never dreamed someone from Colorado would come to Charleston to give me eyebrows!

Nina answered all my questions and was very patient and kind.

Nina made sure I was comfortable, she was very kind, and made sure I wasn’t in much pain (she gave me breaks when needed). The procedure went fast and it wasn’t as bad as I thought it was going to be. Definitely come get this procedure done with Nina, they are amazing and their location is so cute!

Susan is so thorough with her skin care, I had a microdermabrasion treatment and it was great. Susan is the best esthetician in the area!

I had the most thorough and much needed facial I have ever had. Susan is excellent.

Susan is the best! My skin looks amazing because of her. I previously had severe acne and my face is clear now because of her treatments. I would recommend her highly!

Susan is a master at her work. Also very generous with her time. I highly recommend her!

My follow up was Susan's way of making sure her treatments meet not only my expectations but hers also. She is even picker than I am. Thank you Susan for keeping me looking so young!

Susan has been taking care of my facial needs for over 4 years and I have never had a more complete facial. Thank you Susan. You and Nina are a great team.

Great tinting and as always the service and professionalism is outstanding! Thanks.

Thanks for the treatment! You did an excellent job as always!

I can’t believe how you shaped my eyebrows. They never looked better.

Susan is amazing. My husband loves my eyebrows.

It's always a great experience and Susan takes such good care of her clients!

It has been a long time since I had a good quality facial. Susan is the best in the area! My skin looks fresh, clear and vibrant after her amazing treatments. She tailored her approach to just what my skin needed and it looks great! Thank you!

The service is outstanding and the environment is warm friendly and helpful, paying special attention to their senior clients. I highly recommend both Susan and Nina!!🥰

Expert!! Susan is so talented. My permanent makeup looks natural.

It’s a bit painful with the location under my eye, but Nina does a good job at numbing the area.

Nina does a good job with what could be a much more painful experience— but I’ve already seen impressive results after 2 treatments and this 3rd one may be my last for a while.

Nina is great! She takes photos every session and explains everything.

Couldn’t be happier with the results!

Nina was very informative and answered all my questions. I’m looking forward to putting together my skin care package.

Nina is so great and welcoming. I always enjoy coming in and I appreciate the high quality of work that is delivered.

Nina is very proficient with get skills and education, and has a very relaxing and kind “bedside manner”— which all makes it natural to trust her with one’s procedure.

Susan provides excellent and professional services and I truly appreciate and enjoyed the treatment I received! Thank you so much!

Getting permanent eyeliner can be a scary thing, considering how close they get to your eyes. But Susan makes you feel right at ease with all her many years of experience. I love the results and have been going to her for years whenever I need a touch up.